Where To Live in London? Consider East Ham. 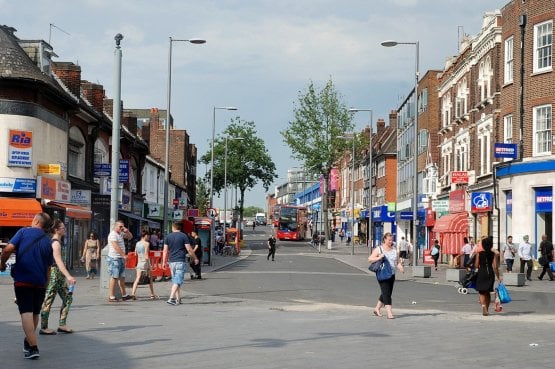 Where To Live in London? Consider East Ham.

A melting pot of cultures and a microcosm of world cuisine, London is one of the world’s most multicultural cities. The city’s vibrancy extends across all 32 of its boroughs, all of which are home to many unique neighbourhoods.

Choosing where to live in London is one of the hardest things to do when you move to the city. In this blog, you’ll get an insight into what areas in London Borough of Newham can offer you as a resident.

Today we look at East Ham - a multicultural hotspot of activity in East London that is on the brink of exciting new developments. Let’s look at what it’s like to live in East Ham, what types of properties you can buy here and what the future holds for it.

Where is East Ham?

East Ham is a district of the London Borough of Newham, England, 8 miles (12.8 km) east of Charing Cross. East Ham is identified as a Major Centre in the London Plan and neighbours West Ham, Plaistow and Forest Gate. It falls under the E6 postcode. The population is 76,186. East Ham is bordered on the north by Manor Park, east by Barking, on the south by Beckton, and west by Upton Park and West Ham.

The rivers of Lea, Thames and Roding all played their part in the origins of East Ham's name. First recorded as Hamme and then later as Hame, the name means "a dry area of land between rivers or marshland, “ which refers to its location as a settlement within the boundaries of the rivers above.

In 1859, the opening of the East Ham railway station brought urbanisation to the area, which further increased with the District Railway in 1908. As its popularity grew, East
Ham obtained county status in 1915 and remained that way until it joined the Borough of Newham in 1965.

Today, the town centre is the primary hub of the neighbourhood, and it features the clock tower, which was built in 1903 and forms part of the town hall. It's a Grade II Listed Building.

East Ham tube station is serviced by the District and Hammersmith & City lines, offering good transport links into the City and central London. There's also an Overground line at nearby Woodgrange Park while neighbouring Forest Gate will stop the Elizabeth Line. East Ham is in Zone 3. You can get to East Ham Station by Tube, Bus, Train or DLR.

East Ham is a London Underground station on High Street North in the East Ham neighbourhood of the London Borough of Newham in east London, England. The station is on the District line and Hammersmith & City line.

What kind of housing is there in East Ham?

North of the river and east of the City and Canary Wharf, E6 is the most pocket-friendly Zone 3 postcode. Now though, change has begun, as housebuilders put new homes on former industrial backlands.

It’s also good value for a period property, with streets of Victorian terrace houses initially built for factory workers and costing £380,000 to £425,000 for a three-bedroom home. The most popular pocket is Central Park Estate, south of Barking Road. Flats are equally good value. East Ham has plenty of slightly dated, purpose-built blocks where a one-bedroom flat would be £240,000 to £260,000.

There is a compromise. E6 is an area where deprivation is widespread. The high street is drab, competition from the Westfield mall in Stratford means few chains are interested, and the everyday shops are basic. But new homes could revive East Ham’s heart.

These include New Market Place, with 277 red-brick flats in six blocks set around courtyards, plus a parade of new shops replacing the old East Ham Market Hall.

East Ham is a great place to live and caters to a wide demographic. A new initiative is upgrading child care programs, education options and even creating community groups for families. For young professionals, it's a straightforward commute to the City or Canary Wharf. For singles, the excitement and investment generated by the 2012 Olympics continue to bring in new shops, restaurants, and cultural experiences.

This is a diverse neighbourhood. East Ham is a vibrant, multicultural area with a strong sense of community. The median age is just 32, and around 60% of people living in the E6 postcode rent their homes. However, the community is still close, and you will always find someone willing to chat on the streets.

Nature lovers and fitness buffs love East Ham because it has a ton of parks. The parks are well maintained and safe, making them an excellent spot for a run or a picnic.

As far as buying or renting goes, you’ll want to pick somewhere around Central Park if you can since it tends to have the most excellent properties. If you want to save some money, you can go towards the outskirts a bit.

You’ll find several schools in the area rated "Outstanding" by Ofsted for those with children.

The neighbourhood is improving quite quickly, and is a massive investment scheme by the city will only accelerate things.

Plenty is going on in East Ham, from charming homes to community-led creative spaces. If you're looking for an area that taps into its surroundings and embodies an eclectic mix of cultures to offer a microcosm of London, then East Ham certainly won't disappoint.

Is East Ham ripe for development?

There is a sense that things are set to get even better, with regeneration proposals aplenty.

Dransfield Properties is working with Land Management and Barratt London to deliver a high-quality development for the town centre site in East Ham, which needs regeneration and covers 1.9 acres. Work is underway on the project, with the first residential units currently being marketed and ready for occupation during 2021.

The development includes 277 flats and duplexes, 35% affordable housing, redevelopment of the Market Hall with a new retail mall to provide 21,500 sq. ft. of retail floor space and a new public space and landscaped courtyard and roof gardens.

Located a short walk from East Ham Underground station, excellent transport links connect you to the City just in 18 minutes, while a new Crossrail station at nearby Forest Gate will offer fast connections to Canary Wharf and the West End.